Standing up for the Tea Party


When someone is accused of wrong doing, it is the duty of every human to stand up for them; ultimately everyone would be better off.

The ABC news has messed up, “and issued a report Friday suggesting that the horrific shooting at a Colorado movie theater was perpetrated by a suspect with ties to the movement, the situation had a familiar feel to it, tea party leaders say.”

Although the report may suit many who hate the politics of the Tea Party, but speaking up against false suggestions is the right thing to do.

My instant reaction smelled the wrongness of the suggestion that the murder was linked to the Tea Party. I deliberated about the dangerous and sinister accusations aggressively made against Muslims almost every week by the individuals affiliated with the Tea Party, then a verse from Quraan popped  in my ears, “don’t let your bias of others make you unjust towards them”, bingo, I was back home with my original reaction. Justice is the ultimate panacea to the ills of the society.

Here I am calling on ABC News to give equal time to the tea party members to clarify their position. Individuals may be wrong, but never a group of people.

I was intrigued by Lu Ann Busse’s statement, “There’s been repeated incidents where people have an agenda to demonize a certain segment of the population, whether it is the tea party or similar groups,” Busse said. “They try to use everything to demonize and marginalize us, and I think it’s totally irresponsible and not the way people should act.”

Indeed, I am concerned about that statement, and ask Lu Ann Busse, who is currently running for the Colorado House and a former Tea Party leader  to join me in condemning similar statements made by Tea party affiliated men and women like Michelle Bachman, Herman Cain, Sara Palin and countless others for political gains.

We need to set the country on the right track by speaking up against wrong doing, no matter who it is.

All it takes is one man to fix the ills of our society, and one man to mess it up.   I salute John McCain for speaking up against Michelle Bachman, and appreciate all the sheep that jumped behind him like Ed Rollins, John Boehner and a host of others.

I am pleased to stand up for the Tea Party in this regard, and I have stood up for everyone from Atheists to Zoroastrian and every one in between athttp://standingupforothers.blogspot.com/
_______

Mike Ghouse is a speaker, thinker and a writer on the topics of Pluralism, Coexistence, politics, interfaith, Islam and cohesive societies. He is committed to building a cohesive America and offers pluralistic solutions on issues of the day.
Posted by Mike Ghouse at 4:11 PM No comments:

Americans Together, a film trailer

IS THIS THE AMERICA YOU WANT?
No American has to live in apprehension or fear of the other.
There are solutions, here is a trailer of the movie in making: 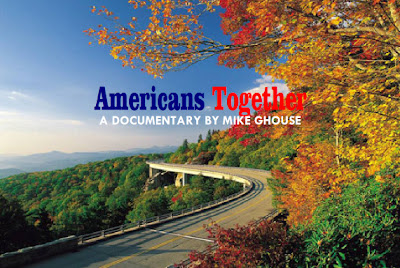 Please let me know if you wish to you have more information.Thank you

Posted by Mike Ghouse at 4:52 PM No comments: